Callum was first introduced to kayaking in a swimming pool in Aberystwyth when visiting his grandparents during a primary school summer holiday. Having got a taste for it, he learnt the ropes back home, joining classes with Crispin in St Andrews. Alongside the weekly pool sessions, there were some river trips; the highlight of which was paddling the River Tay from source to sea over five days in 2008. During his school years, Callum enjoyed several short kayak trips with his family around Scotland and in Finland. He also gained a passion for camping and expeditions through many trips with the Scouts and Duke of Edinburgh, an enthusiasm that just continues to grow. 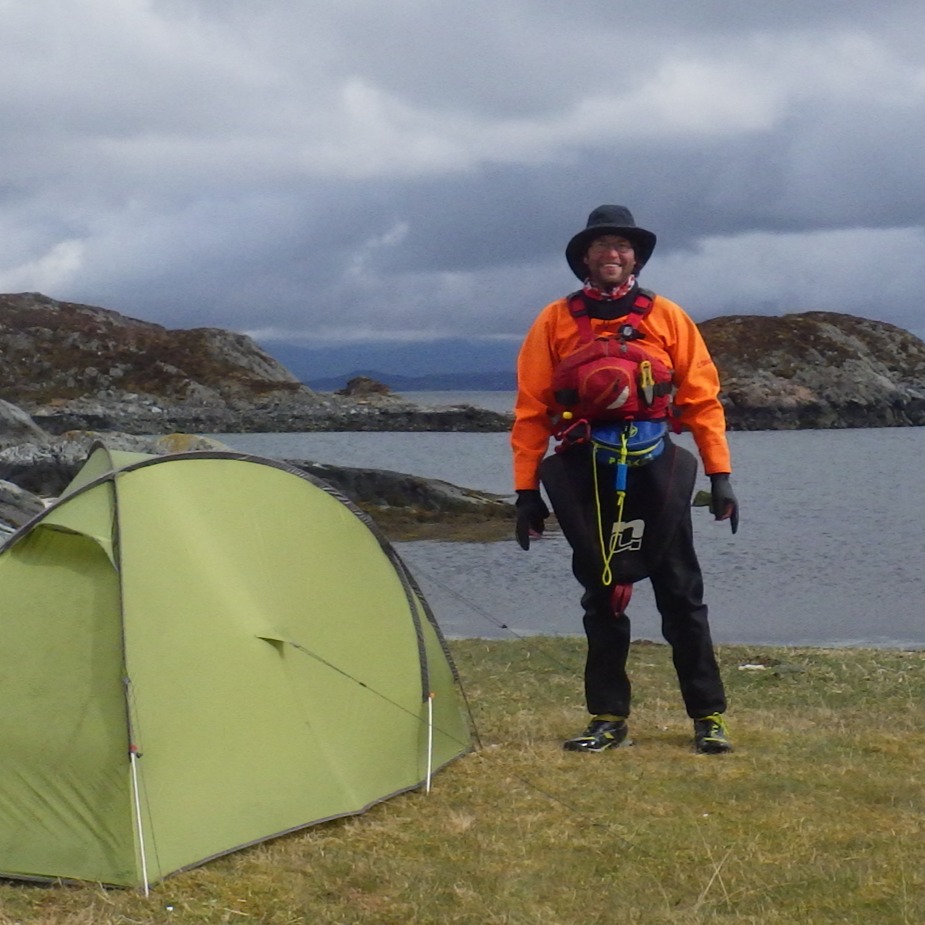 At university Callum joined the Glasgow University Canoe Club (GUCC). He enjoyed taking part in their river and polo kayaking, with many river trips in Scotland and England. This is also where Callum and Amy first met. Although GUCC did not offer any sea kayaking, Callum did manage to take part in a week-long trip off the west side of Mull during his studies. The finale of Callum’s involvement with GUCC was a two-week trip to Slovenia and the French Alps, just before graduating, where he enjoyed some fantastic paddling and stunning scenery. Besides kayaking, Callum also enjoyed many hiking trips while at university, and his longest adventure was a 1400-mile solo cycle from Helsinki to Amsterdam. 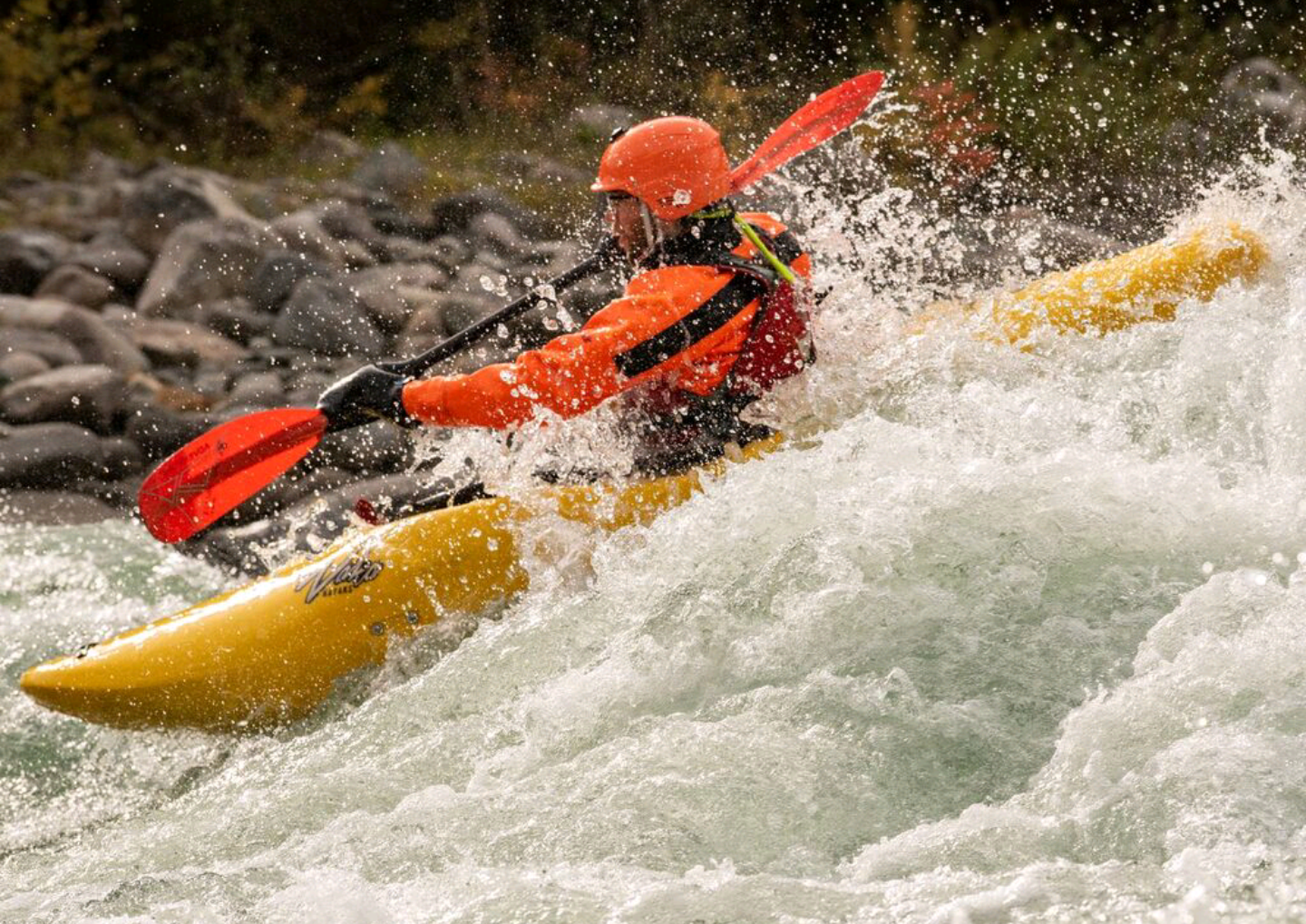 Upon graduation Callum moved to Trondheim, Norway, to start work as an electronic engineer. Rather than flying directly to Trondheim, he flew to Oslo and took the train to Otta, where he took part in an excellent coaching week with Gene17, refining his river paddling skills. In Trondheim Callum has been strongly involved with the paddling community, both on the river and on the sea. He is an active member of Trondhjems Kajakk Klubb (TKK), paddling with both sea and river groups, and is currently a member of the TKK committee as the head of river paddling for the club. As well as excellent kayaking, the club has also proved to be one of the best ways of practicing his Norwegian skills, and he is significantly more fluent as a result. One highlight of river paddling with TKK was taking part in the first descent of Holmvasselva, a very fun grade IV river, with a long flat-water paddle and hike to get to the start of the river section. On the sea, Callum has taken part in numerous multi-day sea kayaking trips with the club and privately, as well as countless day trips. He has thoroughly enjoyed exploring the Norwegian coast from a kayak with TKK. Combining skills from river and sea paddling, Callum has enjoyed a few rock-hopping trips with TKK, the most recent one of which landed in the midst of a cold snap in November, with two days of paddling in the surf when the mercury had sunk bellow -10’C! 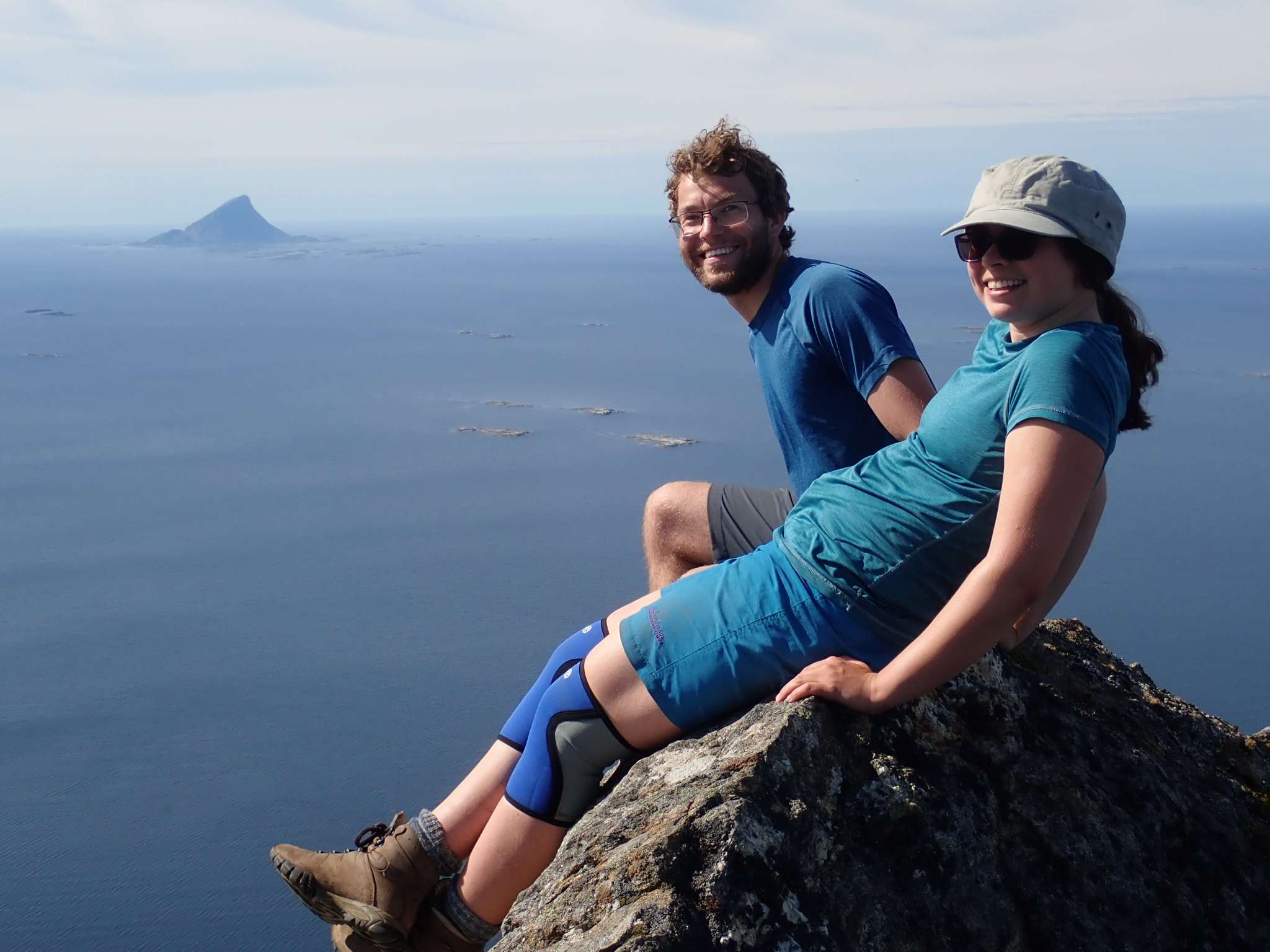 We are both from Scotland, but now live in Trondheim, Norway. We share a passion for the outdoors, as well as music and adventure. We met through the Glasgow University Canoe Club in 2014, and have been paddling together since then in Scotland, Finland, Sweden and Norway. Together we make a great team, ready to take on the challenges that our planned kayak voyages will surely throw at us. For more details about us, read our individual bios. 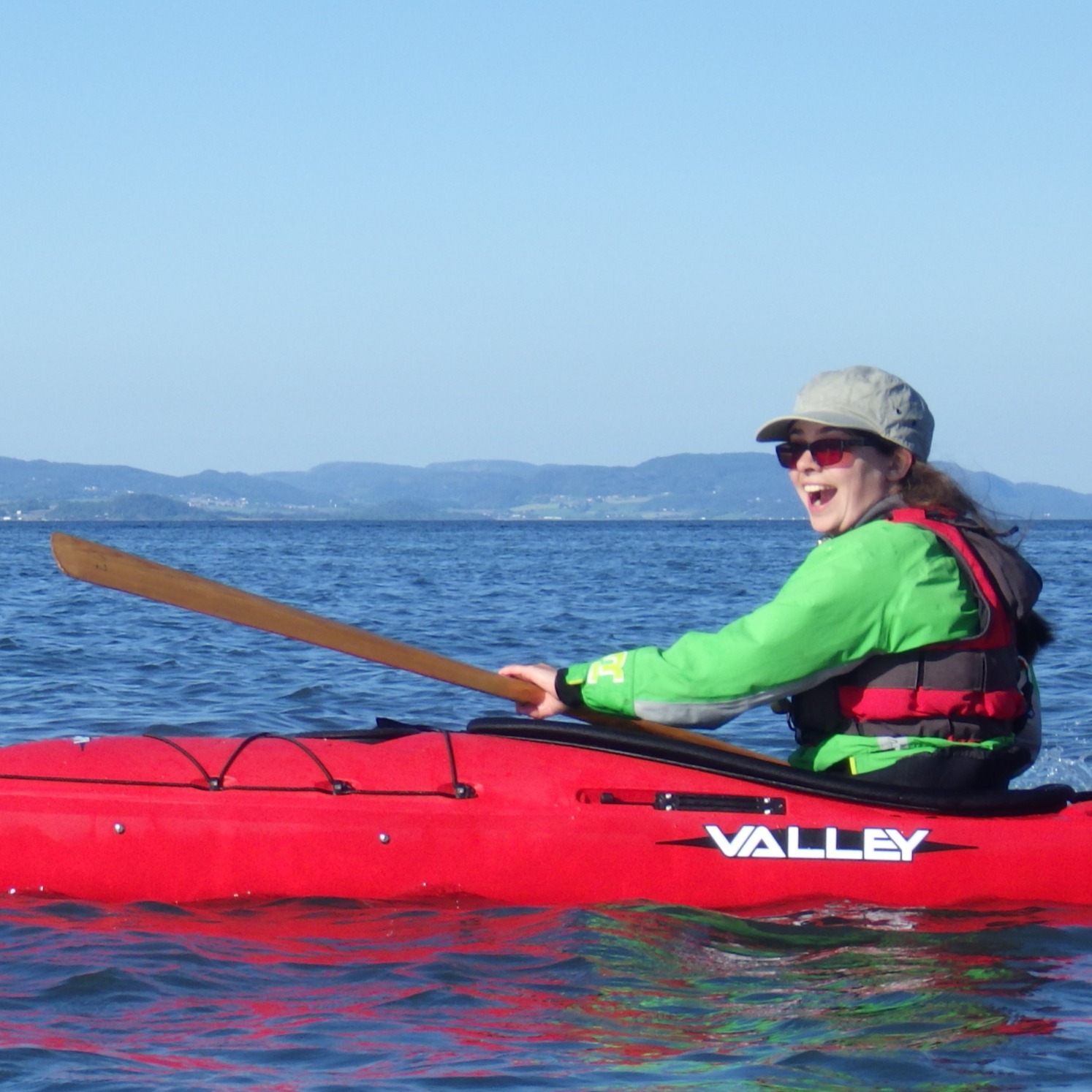 Shortly after starting university, Amy decided to go for a swim in Glasgow University pool one Thursday evening. However the pool was closed for swimming. Being a curious sort she went to have a blether (chat) with those training in the pool. Turned out it was Glasgow University Canoe Club. That evening the friendly bunch at GUCC introduced her to kayaking. Within the year she was part of the winning ladies team in the Scottish University Kayak Polo competition and had paddled lots of Scottish rivers. She also met Callum at this club, with the first river they paddled together being the Etive.